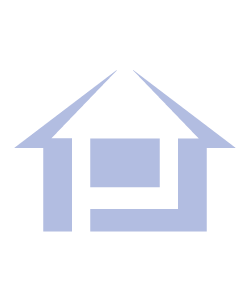 Many homeowners don't realize how large a part residential glass plays in modern homes. While windows are the most obvious residential application for glass, the possibilities are vast. Our posts cover everything you need to know about glass in your home. We cover tips and maintenance for shower enclosures, decorative glass, glass furniture, and everything in between. Glass is a unique material that offers a unique air of sophistication. We hope you find our research useful to get the most out of your residential glass. With the right knowledge and a bit of maintenance, your glass windows, furniture, and fixtures can serve your home well for years to come.

For businesses and homeowners living in urban areas, it can be extremely common for the building to be targetted by individuals that are wanting to write graffiti on the windows. Unfortunately, it can be common for this particular threat to be overlooked in a way that leaves the building unnecessarily exposed to the risk of being damaged by graffiti.

Individuals will often assume that graffiti on their windows will be fairly easy to remove. However, this is far from the case. In fact, it can even be possible for the glass to be permanently stained where the graffiti was applied. Due to this reality, you may expect to need to fully replace the glass that has suffered this type of damage. However, it may be possible to mitigate this risk through the use of a graffiti film to act as a protective barrier.

Have A Graffiti Film Professionally Installed

If a graffiti film is to be effective, it will have to be professionally installed. Otherwise, individuals that are wanting to graffiti the window will simply be able to pull off this film and expose the glass. In addition to improving the effectiveness of the film, professional installation can also keep this film discrete so that customers and guests are unable to tell that the glass has this protective feature on it. Failing to allow a professional to install the graffiti film can make it easy to leave air bubbles trapped under the film that will be highly visible. Professional installation services will be able to ensure the film is properly aligned so as to reduce the development of these bubbles, and they will have a tool that can be used to effectively remove any air bubbles that may have formed.

Once your window film has had graffiti applied to it, you may be able to actually effectively remove the graffiti from the film. However, this may only be an option if you are able to clean the glass very quickly after the graffiti is applied. In situations where the film can not be cleaned, you will be able to simply have this film replaced to restore the appearance of the glass. You should avoid attempting this replacement on your own as you will need a special solvent to be able to remove the film without tearing it or leaving small pieces of it on the glass.

Click for more info or visit other websites to learn more about graffiti film.